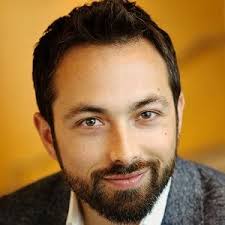 Lavalla Catholic College VCE Physics students were recently treated to a Skype conference with science communicator, filmmaker and television presenter, Dr Derek Muller. Derek regularly appears as a television presenter on the ABC’s Catalyst, he has been a guest speaker at TEDxSydney and recently presented the documentary “Uranium – Twisting the Dragon’s Tail”, which aired globally last year.  However, he is most famous for his YouTube channel Veritasium.  As of 12 December 2016 his channel had 205 video uploads, 3.8 million subscribers and 292 million video views.

Derek, who was incidentally born in Traralgon, now resides in Los Angeles, USA, made himself available for a 40 minutes video conference with around 30 of Lavalla’s keenest Physic students. He answered a selection of student questions ranging from quantum mechanics to life advice. He was extremely generous with his time and full of praise for the standard of questions asked by the students.

It was indeed an amazing opportunity for students to gain access to one of the global science communities most popular citizens. Derek even found time to teach students all about Schrodinger’s famous equation, all in less than ten minutes.

The student left the session inspired and maybe even a little star struck.  One student said “It was a really valuable opportunity to speak with someone who has so much experience yet comes from humble beginnings. The idea that someone from Traralgon could go on to be an international success is an inspiring thought.”  Whilst another stated “I very much enjoyed meeting Derek, he is one of my favourite science educators and I find his videos very informative.” Some even went as far as to say “I’d consider it one of the most memorable and definitely the most exciting experience I’ve ever had at school”.

It was indeed a memorable and inspirational event for those present. I would like to thank Dr Derek Muller for his generosity and enthusiasm.  If you haven’t done so already, please check out his YouTube channel Veritasium.

There are no upcoming events.